View Profile
Woozle Hypertwin
Sun, 15 Sep 2019 18:14:31 -0400
The first half of the video is Wolff's usual incisive take on three economic news items; the second half is an interview with URI economics professor Richard McIntyre.

I mean, America won that race -- but [...] we won it partly because wages were prevented from rising here, and these companies have taken advantage of incredibly low wages abroad so that all the surplus has flown to them.

I find it interesting that he's using the self-promoting language of capitalism -- 'success", "surplus" -- even as he's about to criticize it. I can only think he's using that as a way of showing that those words hide the much uglier truth of wealth concentration -- more wealth for fewer people, increasing poverty and dependence for most. That's not the kind of thing I'd think most people (even "conservatives") would consider "successful".

I'm afraid, though, that McIntyre is too willing to see capitalism's "successes" through its own lens -- i.e. it doesn't matter if the majority are starving as long as the paradigm continues to be a dominant force. Might makes right.

20:51 McIntyre: One of the things about Trump that I resisted thinking about for a long time because it's too simple, but it makes sense: Trump is a landlord. He sees the world as a landlord. He represents the landlord class, the people whose wealth is tied up in land and minerals -- and that's... the landlord class is the class that most folks face every day in their lives, because they have to rent apartments from those people.

So I think we need a different kind of movement that's going to confront capital in all of its forms: financial, industrial, merchant, and landlord.

It should probably be noted that Trump is absolutely terrible at landlording (witness his many bankruptcies and the fact that he'd be richer today if he had just put his money into a mutual fund as soon as he inherited it, and left it there). Our capitalist system has, of course, rewarded this behavior by promoting him to the highest office in the land. #ThanksCapitalism #MarketEfficiency

21:38 Wolff: A number of people have... begun to edge towards the notion that capitalism -- or at least American capitalism -- is, in some broad sense, in decline. In other words... of course there's the high-techs in California and so on roaring ahead, but decline always had some elements within it of upward movement; it's never all one direction.

...but if you look around -- at the suicide rate, the opioid catastrophe, the inequality that seems on a perpetual rush to get worse -- you begin to get a sense of a system that is.. falling apart, that can't survive. ...and it may be that the center has moved -- instead of being in North America and Western Europe and Japan, it's moved over to China and India and Brazil and those.

How do you feel about the very phrase "capitalism in decline"? Is that meaningful?

McIntyre: Well, I think in one way -- in an ideological way -- it's very meaningful. In other words, the fact that most people -- take the average of people under 35 -- prefer socialism to capitalism. Now, it's not clear people know what they mean when they say that, but just the fact that they would say that... [...]

The emphasized bits above were what made me want to post about this -- because it's obvious to me too, at age 54. The system is at a minimum in need of a serious overhaul, but I don't see how anything short of rebuilding from the ground up is going to prevent the same problems from appearing and growing again. When power (as money; they're essentially interchangeable) can be accumulated ad infinitum, there's nothing to stop a runaway power-singularity.

25:23 McIntyre: I think we have the conditions for real change because of what's happening with young people [...] who have grown up in a different world than we [did]. I went to public universities, I paid nothing for my college education. I came out with a little bit of debt. That's a very different situation [from] now. People who have been through a crisis that was every bit as bad as 1929 if the government hadn't taken extraordinary steps, under both Republicans and Democrats -- so the only way the system was bailed out was by the state.

I don't have to convince students anymore that capitalism doesn't really work. 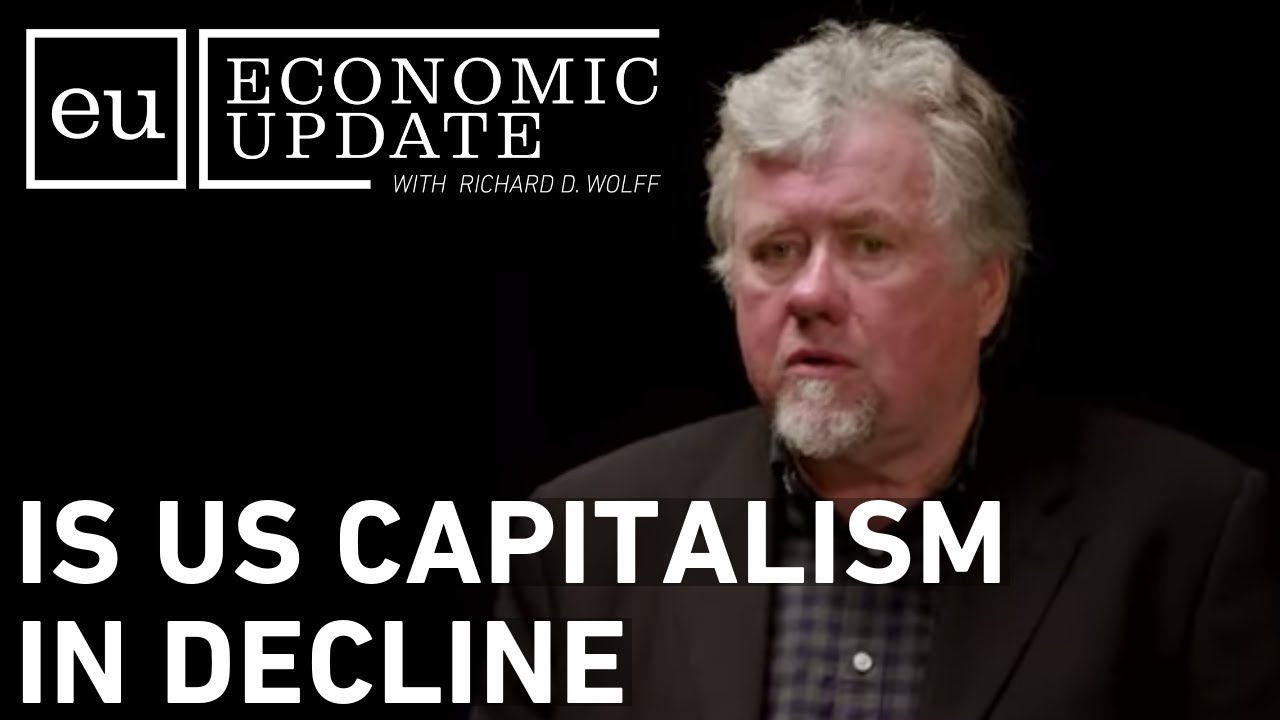 Sorry, you have got no notifications at the moment...